from Covers by Dave Eddy

TempleOS is an engineering marvel and Terry A. Davis was an inspiration to a lot of people out there including myself. I made this cover as a way to honor him and his legacy and provide support for anybody out there who is dealing with this tragic loss.

This hymn is one of my personal favorites. It is commonly used as the introduction song for most videos by Terry about TempleOS - albeit it in a more MIDI like sound played directly by the PC speaker.

In the spirit of TempleOS and to honor Terry Davis, this song is released into the public domain - you may use it however you wish. 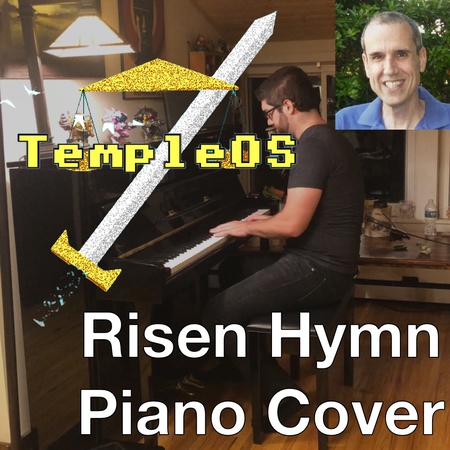